Part 1: Artworks That Show Hell as a Place Where Demons Torment People 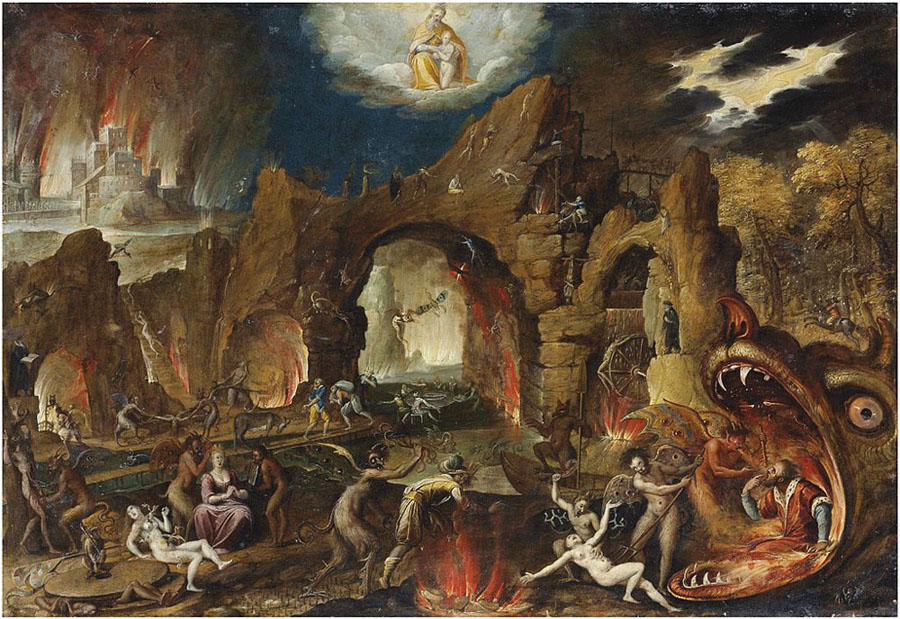 Fig. 1 - Hell as a Desolate Place Where Demons Torment People 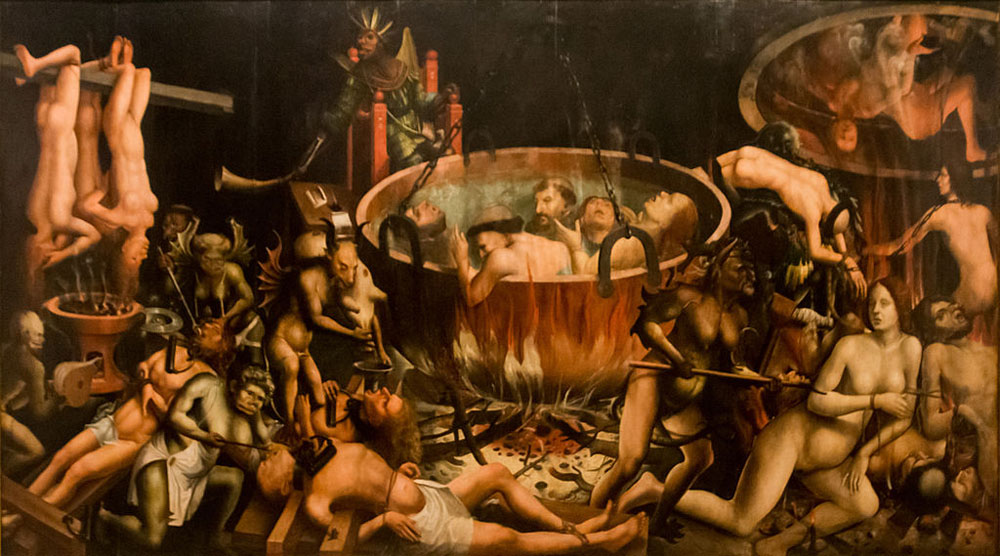 Fig. 2 – Hell as a Torture Chamber Where Demons Torment People

Fig. 2 shows another artist's conception of hell as a crowded dimly lit chamber where hideous demons use all kinds of things, including fire, to torment people. In Fig. 2, however, there is a greater emphasis on the use of fire and things heated by fire. In addition, this place appears to be presided over by a seated figure with horns that may be the devil himself. 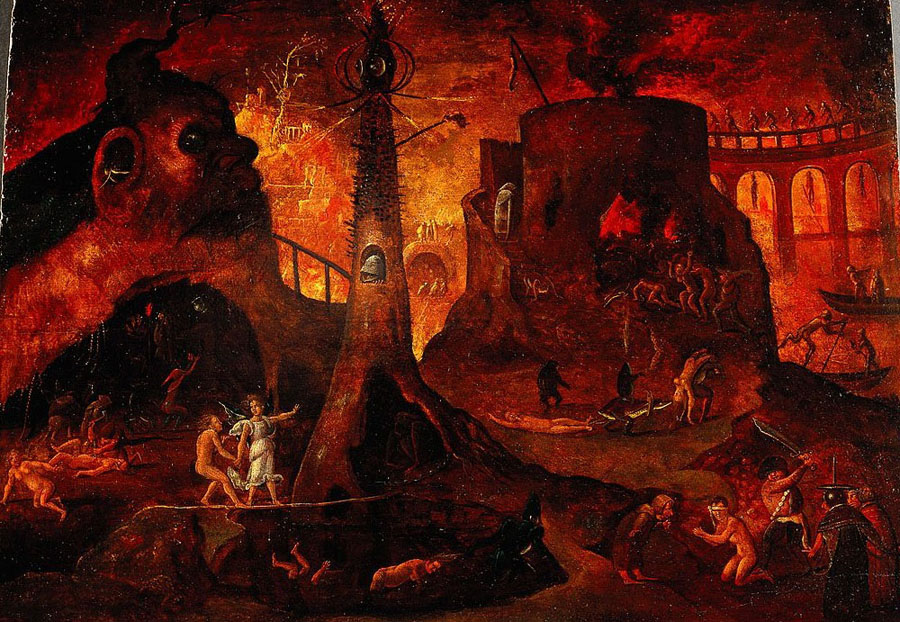 See page for author [CC BY 4.0], via Wikimedia Commons

Fig. 3 - Hell as a Fiery Cavern Where Demons Torment People

Fig. 3 shows a conception of hell painted by an unknown admirer of Hieronymus Bosch (c. 1500). In this painting the artist shows an angel leading a person into a cavern illuminated by fire. This painting is unusual because it shows fewer examples of demons using things like swords to torment people. One of this painting's most interesting features is the kiln-like structure shown to the right of center. This is because the size of this structure suggests that it has a limited capacity to hold victims, and thus can accept new victims only after earlier victims are consumed. If this is correct, then Fig. 3 suggests that torment by fire need not be continuous and may, instead, be a thing that is repeated again and again at intervals that vary from person to person. In this respect Fig. 3 is similar to Fig. 4, which shows the torment suffered by Tityos, whose liver is eaten but regrows to be eaten again and again. 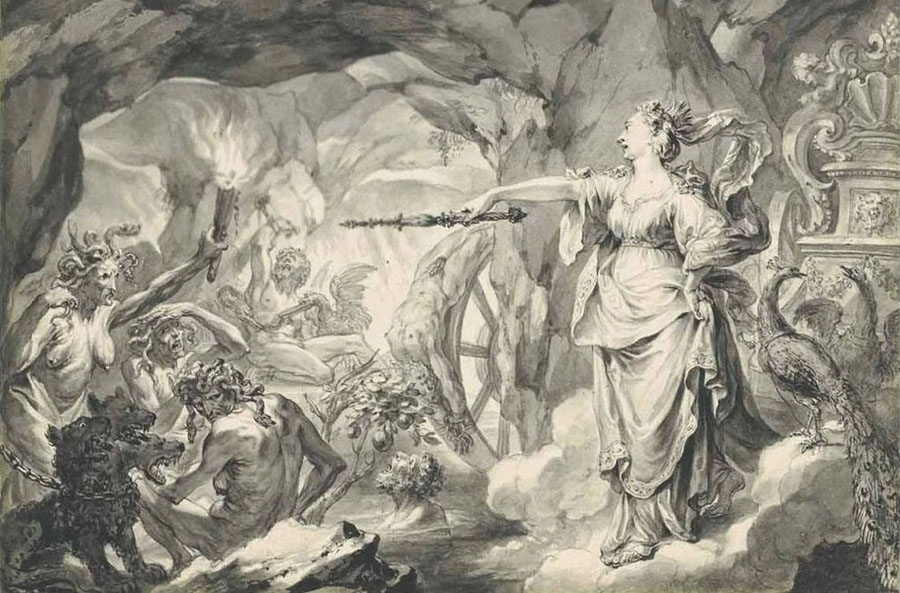 Fig. 4 - Juno Visiting a Part of Hades Where Great Evildoers Are Tormented

This image shows a sketch drawn by Godfried Maes in the late 1600s to illustrate a new edition of the Metamorphoses of Ovid (P. Ovidius Naso), a Roman poet who lived between 43 B.C. and 17 A.D. In this sketch the Goddess Juno is shown standing on a cloud which apparently serves as a transport that enables her, her pets and her throne to travel safely to and from places that include Hades.

This image is important because it shows persons, places and things that would have been familiar to educated people of early Christian times from the writings of pagan authors like Homer, Hesiod and Plato. Notice, for example, that it shows Cerberus, the three-headed guard dog of Hades, and three hideous beings called gorgons. It also shows the torments inflicted on three great evildoers. One is Tityos, who is kept tied down while two vultures eat his liver, which grows back monthly. Another is Ixion, who remains tied to a fiery wheel that never stops turning. Still another is Tantalos, who is tormented by hunger and thirst while fruit and water remain just out of reach. These torments are important because they are similar in principle to those shown in Figs. 1-3 above, except that the latter show a much greater variety of torments and a much larger number of victims.

Part 2: Artworks That Show Hell as a Place of Torment by Fire 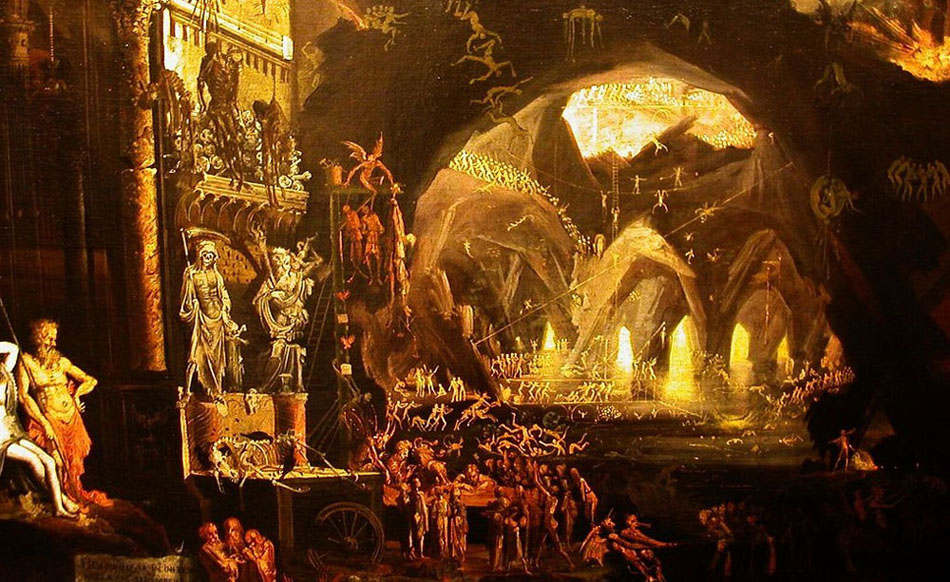 This painting shows an artist's conception of hell as a place where winged demons drive newly arrived victims through the entrances of a huge fire-filled underground cavern. Because this painting shows large numbers of victims, but leaves the things that happen inside this cavern to the imagination, it accurately reflects the broad general descriptions of hell that Jesus is described as using in the KJV Bible. See, for example, Matt. 13:42 and 50, in which Jesus describes it only as a/the 'furnace of fire'. 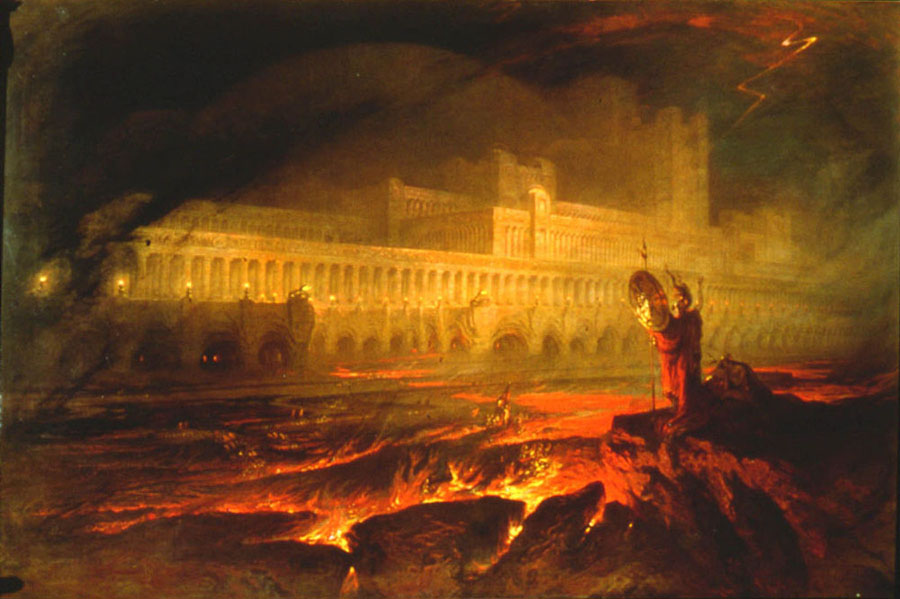 Fig. 6 - Hell as a Fiery City-State Inhabited and Ruled by Demons

This painting shows an artist's conception of Pandemonium, the capital city of hell described by John Milton in his work titled 'Paradise Lost'. While the upper part of this image is dominated by the skyline of a large city inhabited by demons, its lower part is dominated by a river or lake of fire in which the artist seems to show damned persons being tossed around like bobbing corks. Notice that this painting does not show any instruments of torture of the kinds shown in Figs. 1 through 4. 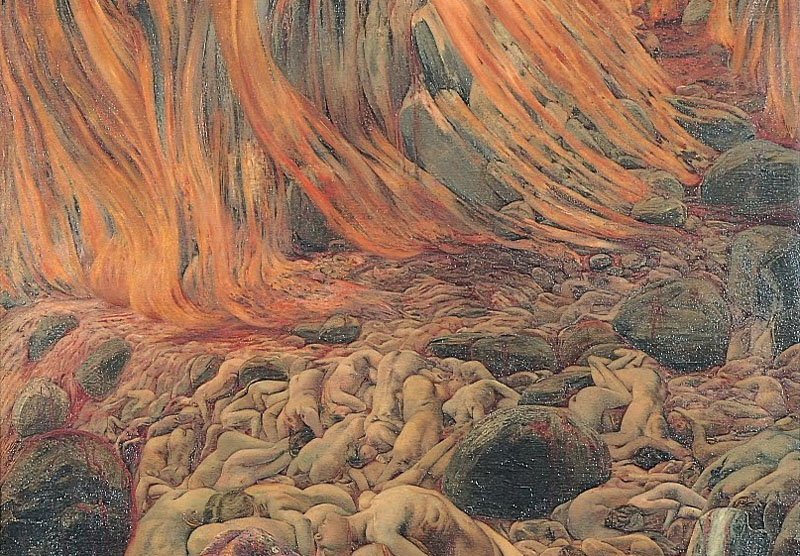 Fig. 7 – Hell as a Barren Valley Swept by Storms of Fire

Of all of the artworks included in Set 4 this is the one which, in the author's opinion, best shows the place Jesus refers to as hell in Mark 9:43, 45 and 47 of the KJV Bible. In their counterparts in the NRSV Bible Jesus refers to this place as Gehenna, thereby distinguishing it from the place that Jews called Sheol and Greeks called Hades, terms that originally only meant 'the land of the dead'. In Mark 9:48 of both versions Jesus seems to explain what he means by the word 'Gehenna' by quoting part of v. 24 of Is. 66:15-24, an End Time text that prophesies a time when God will intervene in human history and create a new earth on which all flesh shall worship Him (Is. 66:20-23). By using 'Gehenna' Jesus effectively introduces into the Bible the idea of a place of punishment by fire which is arguably based on the assumption that the unnamed place of the burning of divinely slaughtered transgressors that Isaiah describes in Is. 66:15-17 and 66:24 is the same as the place of unburied carcases that Jeremiah describes as the 'valley of the son of Hinnom' (Ge-Hinnom) in v. 31-33 of Jer. 7:29-34. 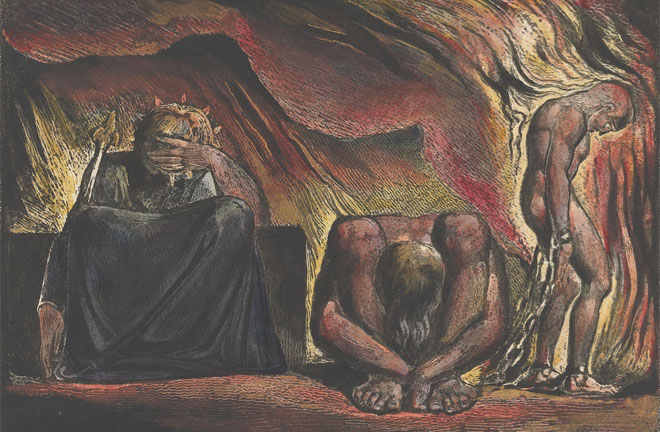 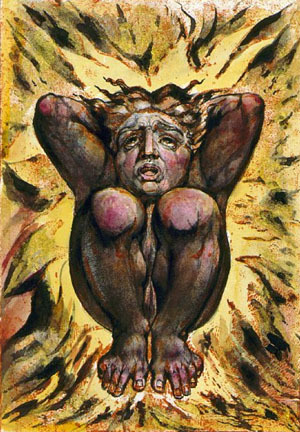 Fig. 8a and Fig. 8b - Hell as Place That Combines Torment by Fire and Mental and Emotional Anguish

Figs. 8A and 8B are copies of artworks painted by William Blake in the early 1800's. Both of these artworks illustrate relatively modern and austere conceptions of hell as a place where individuals are confined and tormented by fire under conditions that reflect the seriousness of their transgressions. These artworks are also relatively modern because they show these individuals with facial expressions and postures which suggest that their torment includes experiencing mental and emotional states like hopelessness, guilt, remorse, shame and self-loathing.

The paintings shown above are only a few examples of the many artworks that illustrate Christian conceptions of hell and damnation. In the KJV Bible the places shown in these paintings are referred to using the word 'hell' or one of its synonyms or euphemisms, such as 'the furnace of fire' and 'everlasting fire'. The NRSV Bible uses still other words, like 'Gehenna' and 'Hades', to describe these places in ways that better reflect the meanings of the Greek words that were used when the New Testament was first reduced to writing. The differences between these artworks and the words the Bible uses to describe the things they show are important because they help us understand just how general and open to interpretation the Bible's descriptions of the teachings of Jesus about hell and damnation really are. Open enough, in fact, that discussions of these teachings occupy large parts of many of the pages of this End Time prophecy website. Those who wish to look into this subject more deeply can begin by clicking the Home link at the top of this page.

The broad general character of the Bible's descriptions of the teachings of Jesus about hell and damnation are also apparent when they are considered in the context of the place where Jesus lived and the period of time that includes the time he lived there. For the sake of discussion, we will define this time broadly, from about 100 B.C. to about 100 A.D. This period of time is important because it was a time when all sorts of groups with different ideas about an afterlife competed for followers. Examples of some of these groups include Sadducees, Pharisees, Essenes, Hellenists, Zealots, and followers of would-be apocalyptic prophets. At that time Jesus and his followers would probably have been thought of as just another one of these groups. More specific information about the religious situation that existed at this time is included in a series of Facebook posts that interested readers can find by clicking the 'Find Us on Facebook' link of the Home page of this website.

Even after Christianity established itself as one of the most popular new religions of the Roman Empire, there were internal disputes about things like who would go to hell, what would happen to them there, and how long it would last. One of the most consequential of these was the dispute between Origen of Alexandria (c. 185-254 A.D.), who lived at a time when the Empire was still relatively safe and prosperous, and St. Augustine (354 - 430 A.D.), who lived after the Empire made Christianity its state religion in a determined effort to unify its people and save itself. In this dispute Origen argued that, while hell's punishments might last a long time, they would eventually end, and that all persons would be reconciled with God, an idea now known as 'Universalism'. Augustine, on the other hand, argued (1) that hell's punishments would continue without end forever, (2) that because of Original Sin all men would go to hell unless they obtained God's saving grace, and (3) that there is 'No salvation outside the Church'. In the end, the Church adopted the position of Augustine, declared him a saint and included his ideas among its official doctrines for many centuries. In also rejected the position of Origen and declared his ideas on this and related subjects to be heretical.

In view of the conditions under which this dispute occurred, it seems fair to ask if it ended the way it did because of the broad general things the Bible describes Jesus saying on this subject, or if it ended that way because it was in the interest of Christianity as the state religion of the Roman Empire that it end that way. By creating this website the author hopes to make it easier for all persons who are seriously interested in this subject to revisit these issues and form their own opinions about them.