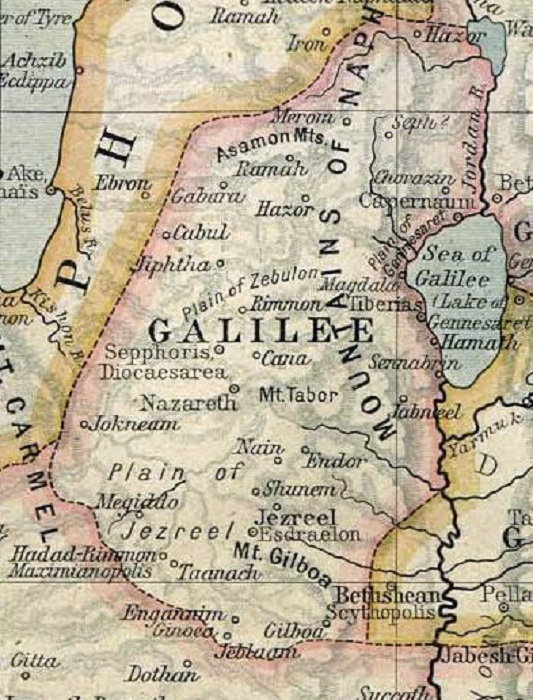 Fig. 1 - A map of Galilee as it existed in the Time of Jesus Christ.

This map shows the political boundaries and general topography of Galilee as it existed during the time Jesus engaged in his public ministry. The light brown area at the lower right was a part of the Decapolis, a league of Gentile cities that formed a part of the Roman province of Syria. After 6 A.D. the pink area at the bottom was the northern (Samaritan) part of the province of Syria that was governed by Roman appointed officials like Pontius Pilate. 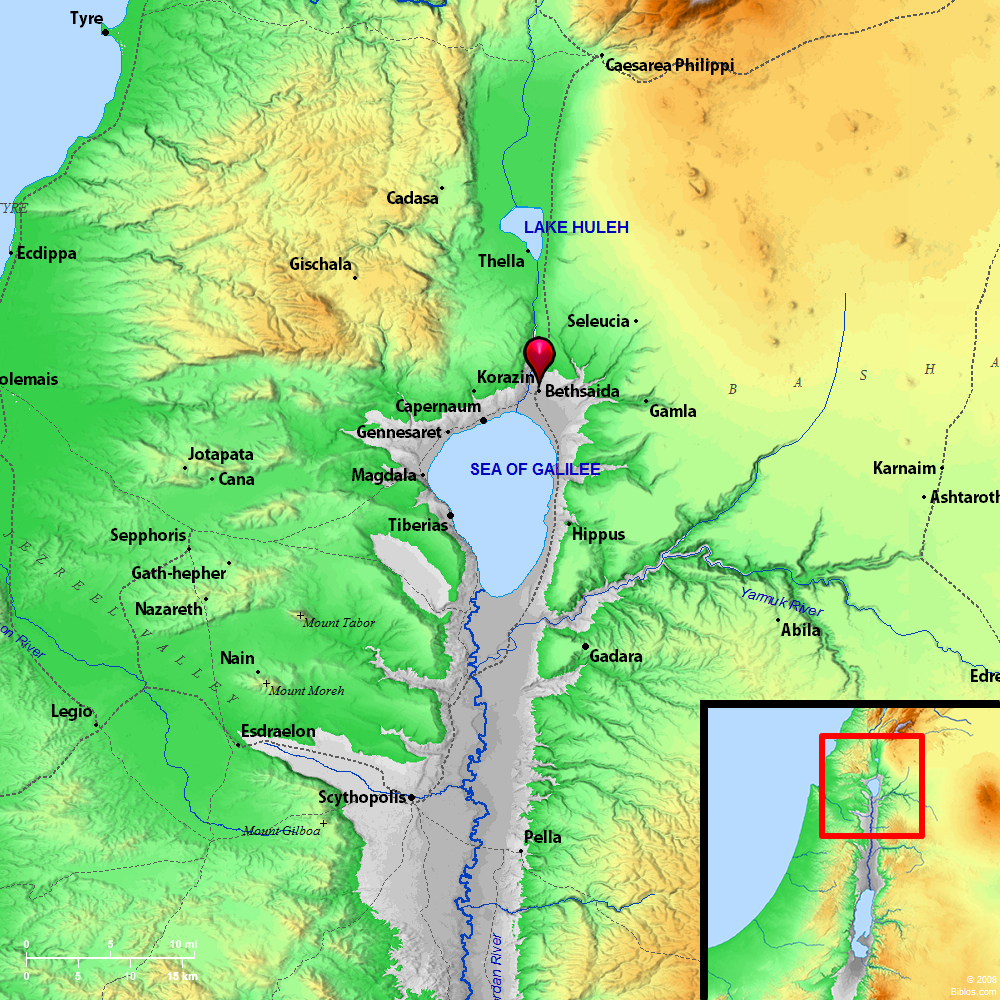 Fig. 2 - A topographical map of ancient Galilee and surrounding territories.

This is a map of ancient Galilee and surrounding areas that has been simplified in a way that emphasizes its topography and the names of places mentioned in the KJV New Testament. At the lower left is a distance scale that may be used to determine the distances between places. 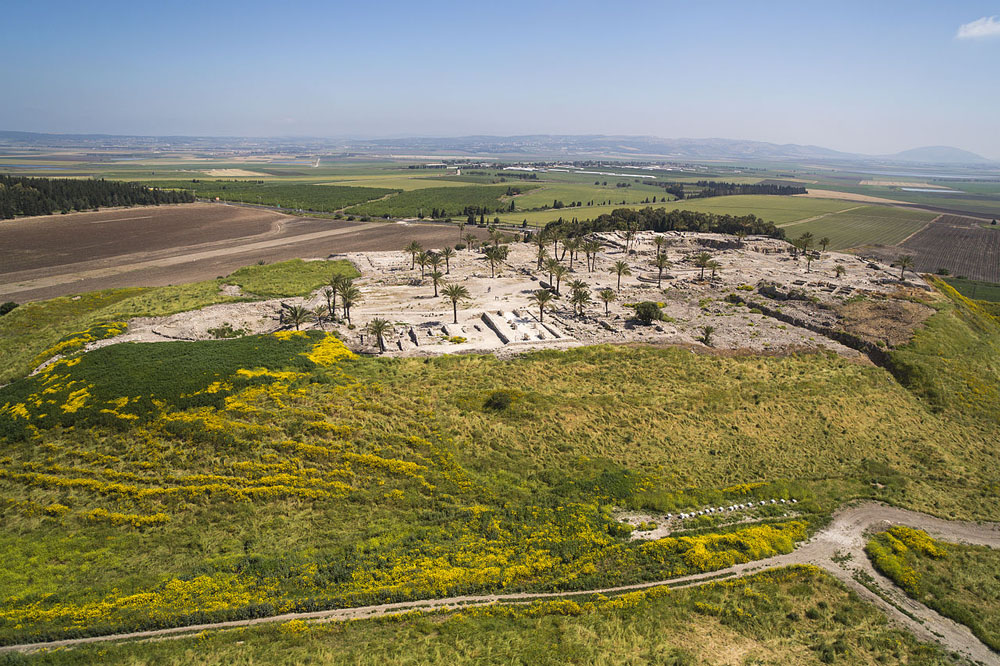 Fig. 3 - A view of the Jezreel Valley looking northeast from the Hill of Megiddo.

This is a photo of the Valley of Jezreel which shows how it looks from a point above the ruins of the ancient fortress city of Megiddo. It guarded the northern end of a pass through the Carmel Mountains through which any large military force had to pass to enter or leave Israel. This city was located on the Hill of Megiddo or Har-Megiddo, a place that End Time prophecies often refer to as Armageddon. The upper right of this photo shows Mount Tabor (see Fig. 4). Extending from it to the left are the Nazareth Hills, within which was located the village of Nazareth, where Jesus grew up. 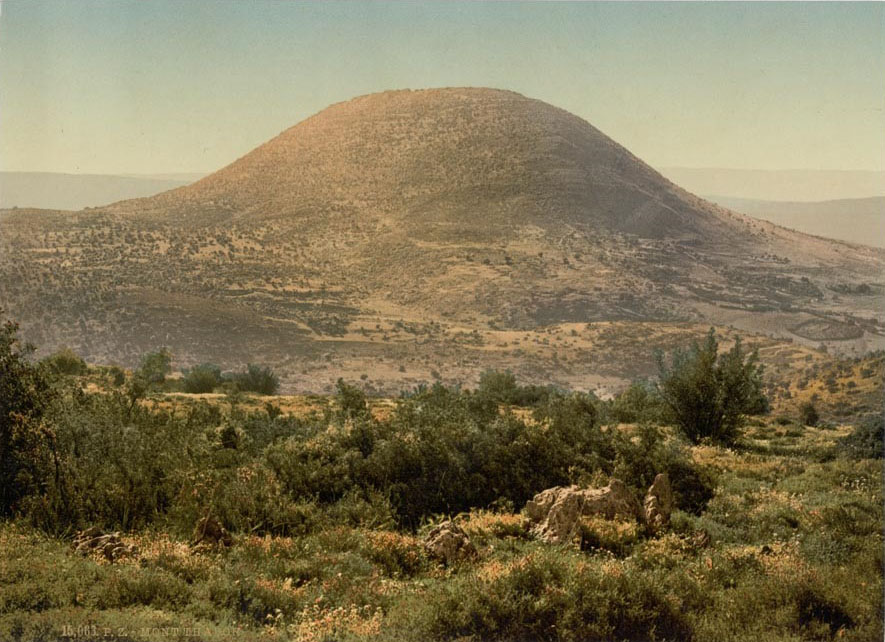 By Snapshots Of The Past (Mount Tabor Holy Land (i.e. Israel)) [CC BY-SA 2.0], via Wikimedia Commons

Fig. 4 - Mt. Tabor before the construction of the villages that now lie at its base.

Mount Tabor is of special interest because of its height and its proximity to the village of Nazareth. Specifically, its top is 575 meters (1886 ft.) above sea level and 439 meters (1440 ft.) above its surroundings. This means that it is 32 ft. taller with respect to the land around it than the taller of the two twin towers (Tower 1: 417 meters/1368 ft.) was above the streets of New York. As a result, it would have provided Jesus with an awe-inspiring view of Northern Israel. In addition, it was located only 9 km (5.4 miles) from Nazareth. One can only wonder how often Jesus climbed it, and how seeing these sights may have affected his worldview.

Mount Tabor is also of interest because it was the place where Barak the son of Abinoam and the prophetess Deborah defeated Sisera, the captain of the army of iron chariots sent against Israel by Jabin the king of Canaan. See Judges 4:1-15. Finally, it is of interest because oral tradition suggests that it was the site of the Transfiguration. 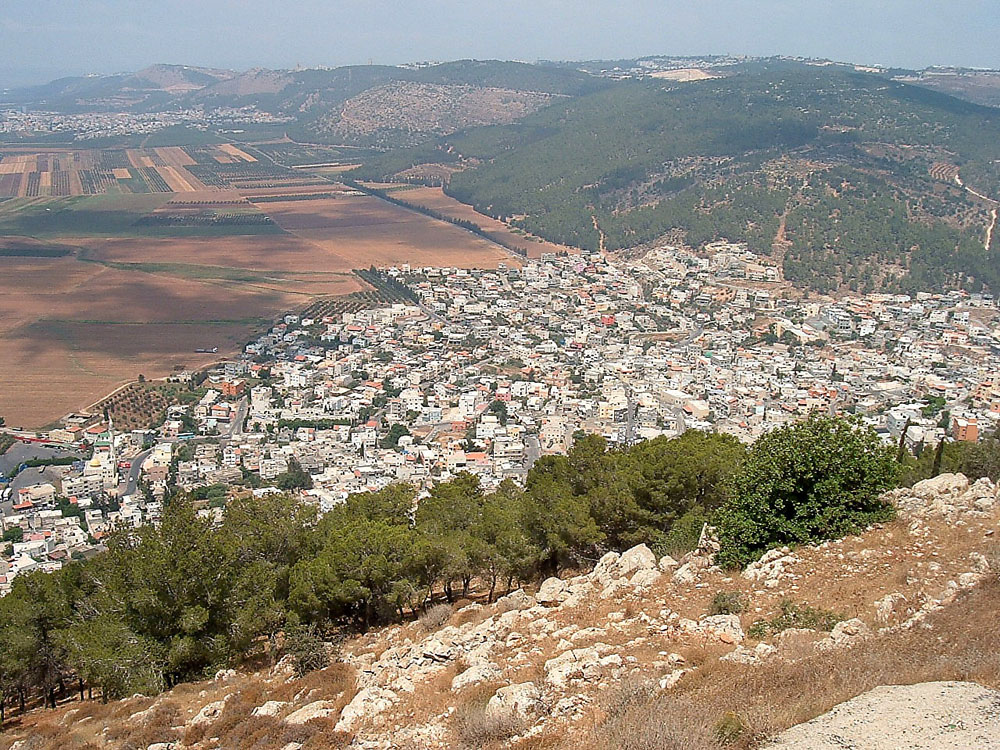 Fig. 5. - A view of the Nazareth Hills as seen from the slopes of Mount Tabor today.

This photo provides a good view of the Nazareth Hills that extend roughly westward from the base of Mount Tabor. As shown in Fig. 2 these hills form two parallel ridges with the village of Nazareth located between them and near the mid-point of their length. Thus, if Jesus had walked to the top of any nearby hill to his south, he would have had a good view of the Hill of Megiddo (see Fig. 3) where some of the most decisive battles in the history of Israel were fought.

As also shown in Fig. 2, the village of Nazareth was only about 3 miles south of the city of Sepphoris, one of the largest cities in Galilee. In 4 B.C. a Roman force sent by P. Quintilius Varus, Legate of Syria, captured and burned this city and enslaved its inhabitants after it took part in the uprising that followed the death of King Herod. See Josephus, The Jewish War, II, 74 [Ch. 6, p. 127] (Dorset Press 1985). Because the rebuilding of this city would have taken considerable time, it is possible that Jesus' father Joseph and Jesus himself may have worked on its reconstruction. 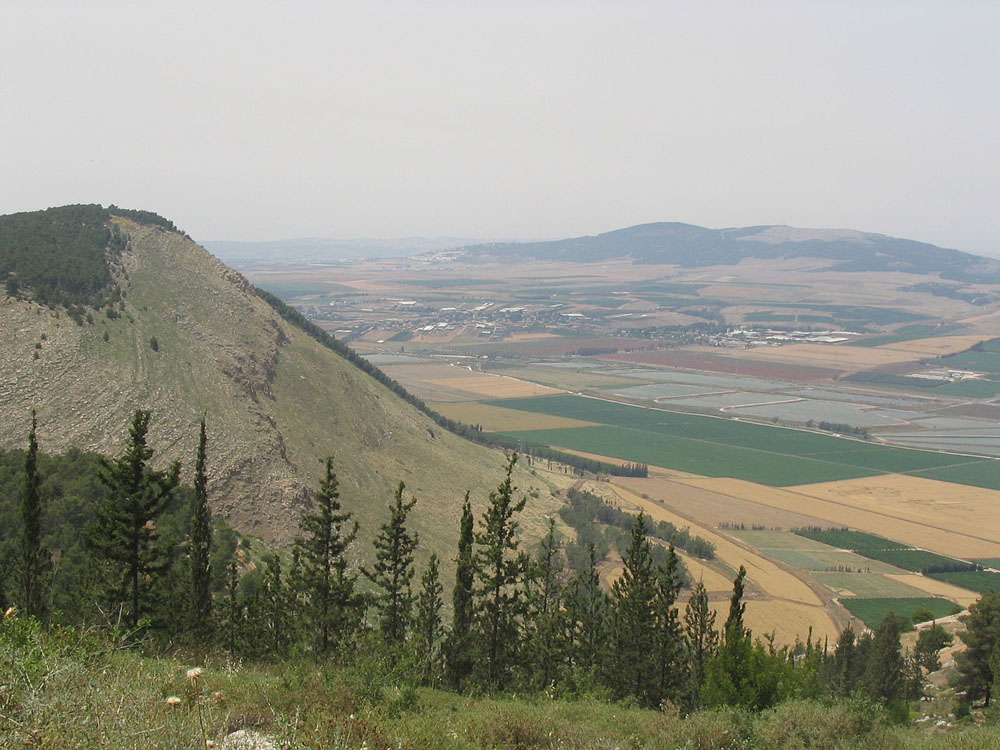 By אור at Hebrew Wikipedia (Transferred from he.wikipedia to Commons.) [Public domain], via Wikimedia Commons

Fig. 6 - Mount Gilboa and the Hills of Moreh as seen from the south.

This photo shows the part of the Jezreel valley that lies between Mt. Gilboa (at the left) and the Hills of Moreh (at the upper right). It was in this valley and on the slopes of Mt. Gilboa that King Saul and his army were defeated by the Phillistines ca. 1010 B.C. (See 1Sam. 28:4 and 31:1-10). As shown in Fig. 2, Mt. Moreh, the highest peak of the Hills of Moreh, is approximately the same distance from Nazareth as Mt. Tabor. Thus, it would have been easy for Jesus to walk to a point that overlooked this battlefield or to walk around it. 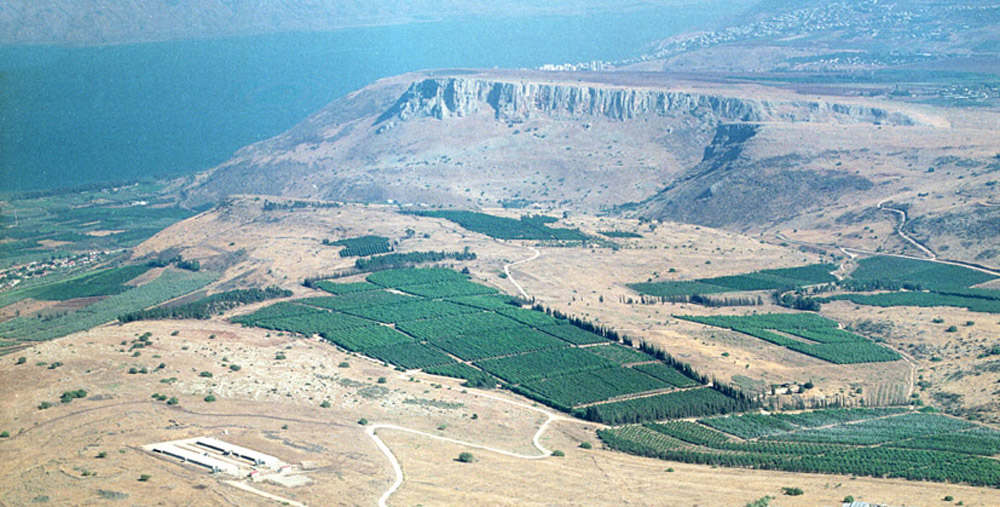 Fig. 7 - Mts. Arbel and Nitay and the Sea of Galilee as seen from the northwest.

The long, steep-sided mountain shown near the top-center of this photo is Mt. Arbel. The smaller mountain shown to its right is Mt. Nitay (or Mt. Nitai). The town of Magdala, the traditional birthplace of Mary Magdalene, is located between the eastern (far) side of Mt. Arbel and the Sea of Galilee. In the 1st century a Roman road ran between Sepphoris and Magdala and made it easy for Jesus to travel back and forth between this Sea and Nazareth. 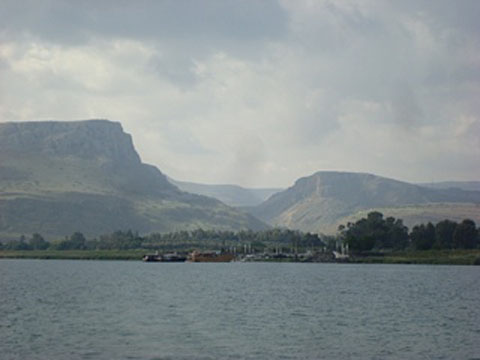 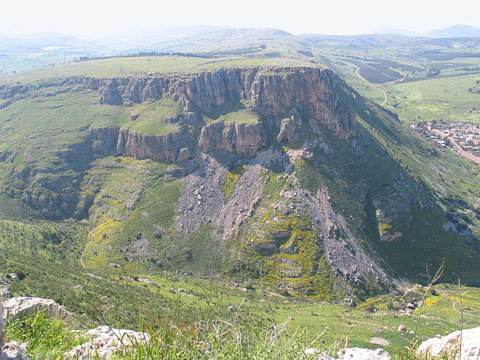 Fig. 7a above shows the valley, now called 'the Valley of Wadi Hammam', that lies between Mts. Arbel and Nitay. Through this valley flows the Arbel stream, the bed of which extends far into the interior of Galilee. Fig. 7b shows Mt. Nitay as it looks from the top of Mt. Arbel. Just beyond the lower right corner of Fig. 7b the Arbel stream passes near a modern road that runs northwest from the base of Mt. Nitay. In Roman times Jesus is likely to have walked along paths near those followed by today's stream or road as he traveled to and from the Sea of Galilee. 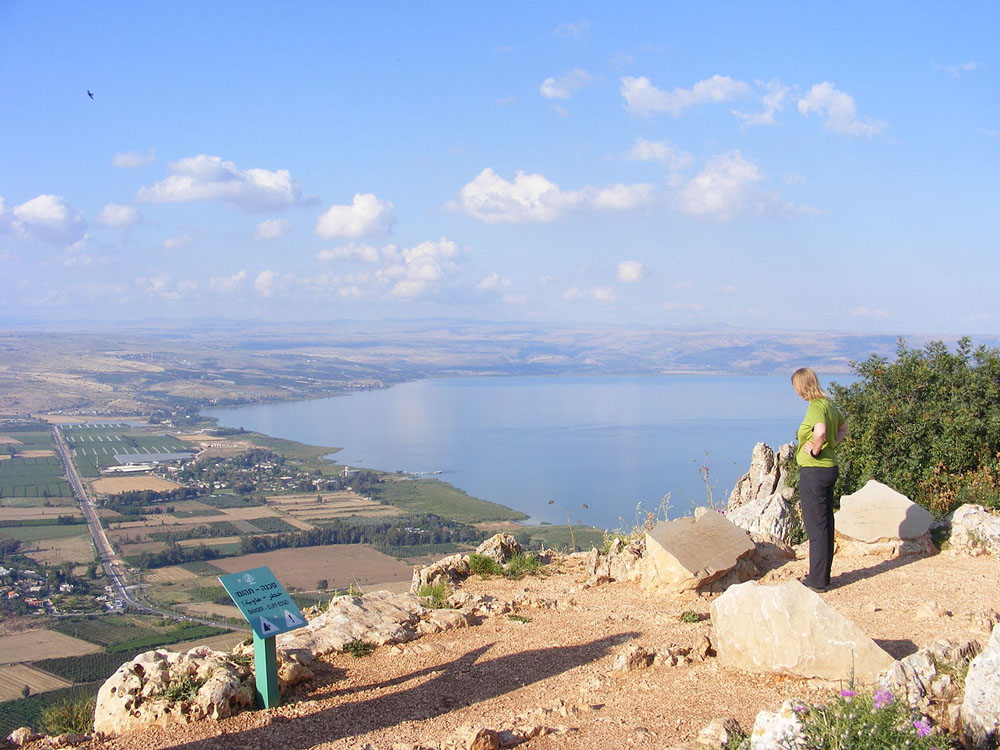 Fig. 8 - The Northwestern part of the Sea of Galilee as seen from Mount Arbel.

This photo shows the view looking north from the top of Mt. Arbel (see Fig. 7). This view clearly shows the western and northern shores of the Sea of Galilee and the locations of towns, such as Capernaum, Chorazin and Bethsaida, where Jesus spent much of his public ministry. The town of Magdala is not visible in this photo because it is located near the base of this mountain. The low lying lands shown in this photo are generally referred to as the Plain of Gennesaret. 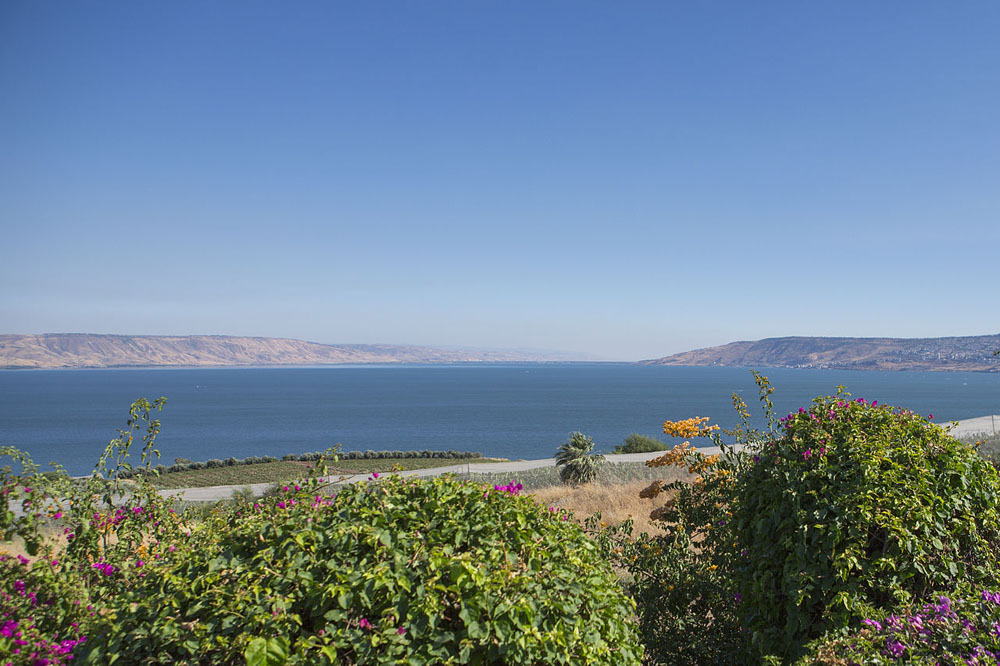 By israeltourism from Israel (VIEW FROM THE MOUNT OF BEATITUDES) [CC BY-SA 2.0], via Wikimedia Commons

Fig. 9 - View of the Sea of Galilee from the Mount of Beatitudes near Capernaum.

This photo shows the Sea of Galilee as it can be seen today looking south from the hill near Capernaum that oral tradition regards as the 'Mount of the Beatitudes'. This "sea" has a maximum area of 166.7 square kilometers (64.4 square miles), and is located 212 meters (690 feet) below sea level. That makes it the lowest freshwater lake on earth. 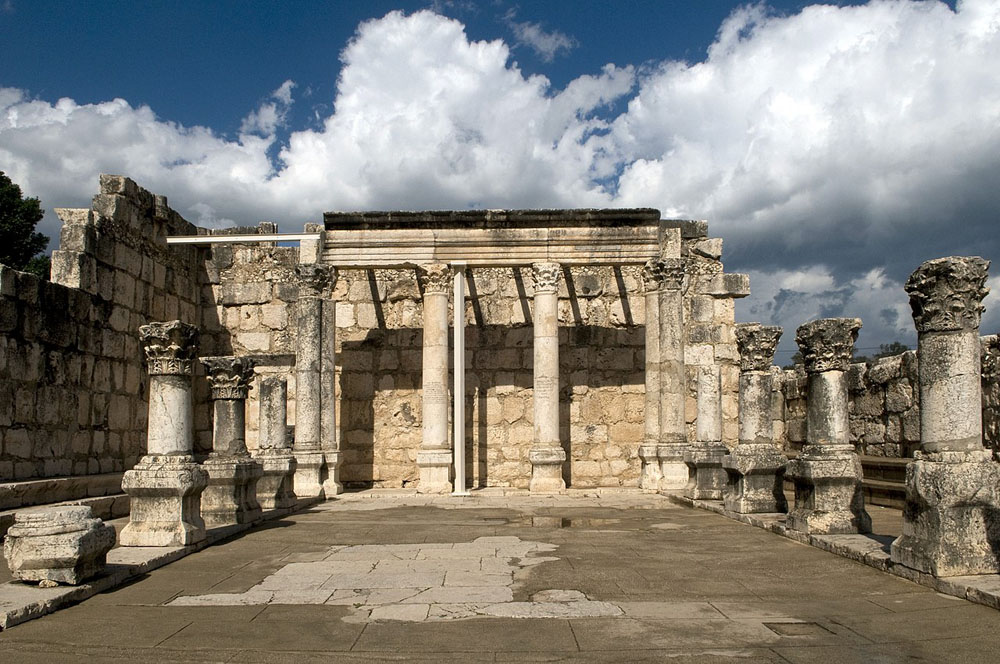 Fig. 10 - Ruins of the Great Synagogue of Capernaum.

This photo shows a reconstruction of the ruins of Great Synagogue of Capernaum. While archaeologists are convinced that this synagogue was built centuries too late to be the one that Jesus would have spoken at, they also think that it is located on or near the site of the less ornate synagogue that stood in Capernaum during the time of Jesus.